June 18, Rennes. Quortex, provider of a video streaming solution over the Internet, raises 2.5 millions euros in seed capital, in a funding round led by Elaia and GO CAPITAL, with the participation of Unexo and Business Angels. The Quortex’ software solution is already used by customers such as M6 or Red Bee Media. 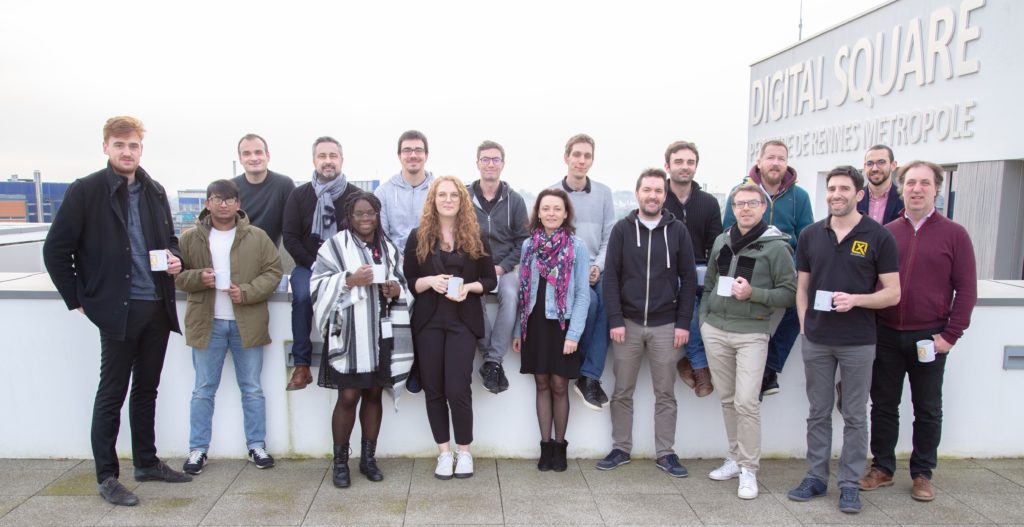 Make Video Streaming over the Internet more reliable and cost-effective, while improving the user experience
This funding round will enable Quortex to widen its technological advantage by extending its “Just In Time” platform. Fully developed in the cloud, the solution is built as a logical combination of microservices that automatically organize themselves according to the network events and audience variations.

“Rather than processing content without knowing if someone will watch it and therefore consuming resources inefficiently, our solution is close to customer needs, offering massive scaling if necessary, but also reducing the carbon footprint to a bare minimum when needed.” says Jérôme Viéron, CTO of Quortex.

Current state of the art technologies can’t sustain the market growth
This fundraising occurs in a very unique context. On the one hand, the number of streaming platform subscribers has doubled in a few months (accelerating the growth of a global 40 billion dollars market), while on the other this sudden rise highlighted the technological limits of existing systems that can’t operate at such scale (leading to bitrate reduction for subscribers). The 2024 Olympics in Paris will be the first event where the streaming audience is expected to be higher than traditional broadcasting.

Turn a technical threat into a business opportunity
“Streaming is often seen as a threat for the Internet as it uses up to 80% of its worldwide capacity” adds Marc Baillavoine, Quortex CEO. “It should be seen as a unique opportunity and the streaming technical constraints must be exploited: our patented technology makes it possible to suit subscribers’ personal preferences, both in terms of video quality and in content, and to create as many television channels as there are subscribers.”

Make streaming a new television
Marc Baillavoine, Jérôme Viéron, Julien Villeret and Thierry Trolez, the 4 co-founders of Quortex joined forces in September 2018 around this vision that the technology needs to be re-designed from scratch to meet the challenges of live streaming at scale.

Anne-Sophie Carrese, partner at Elaia: “We were convinced by this deep tech, serial entrepreneur team that developed a highly innovative solution with an impressive demonstration: live streaming at scale with an intuitive ergonomy. The addressable market is huge with the mass increase for video content, on-demand, even for Live. Finally, their cloud-native solution, built to run on the edge (closer to the end user) perfectly fits with the current cloud trends.”

Bertrand Distinguin, investment director at GO CAPITAL: “We have been seduced by the expertise and the know-how of that team that developed a disruptive technology that answers new video consumption trends. Their “Just-In-Time” platform allows live streaming content using resources that adapt to the audience dynamics. This innovation leads to an improved User Experience while massively reducing the carbon footprint”.

Mélanie Hébert, investment director at Unexo: “Rennes is one the worldwide focal point in video technology Research and Development. We are delighted to back the Quortex founders, convinced by their solution and their ability to address the challenges of this highly changing market. Our role, as part of the Crédit Agricole, is to support the advent of worldwide leaders in our territories and this operation is a perfect example.”

About Quortex
Created in 2018, Quortex’ streaming solution targets content owners and keeps infrastructure and network costs to a minimum, while dynamically adapting to audience variability. Quortex changes the paradigm of content delivery by introducing “Just In Time Everything”, a patented, A.I. based technology that builds the workflow based from the user demand, not from the content origination.